Ocular migraines (also called retinal migraines or migraines with aura) occur when the small blood vessels leading to the eye suddenly constrict, reducing blood flow to the eye and causing temporary vision loss or even blindness in one eye.

These visual migraines are a rare form of migraines, affecting 1 in 200 migraine sufferers.

Usually, people experience ocular migraines as flashes of light or a gradual blurring or dimming of vision. In some cases, they may have a patchwork of blind spots that slowly expand until they completely block out vision.

Although these experiences can be quite scary, vision tends to go back to normal within 10 to 60 minutes. However, anyone who experiences ocular migraines should consult with their eye doctor to rule out a serious eye condition.

Common triggers of ocular migraines include:

Ocular migraines can also be a side effect of certain medications, including oral contraceptives.

When To Seek an Emergency Eye Exam

It’s important to have an emergency eye exam if your symptoms come on suddenly. This can signal the presence of a more serious, sight-threatening eye disease or the onset of a stroke.

Signs that indicate the need to seek emergency eye care include seeing:

If you suddenly notice any of these signs above, contact your eye doctor immediately or visit the nearest emergency room.

For more information on ocular migraines, how they’re diagnosed and how they’re treated, contact us at in today!

At Cove Eyecare, we put your family’s needs first. Talk to us about how we can help you maintain healthy vision. Call us today: 254-549-1142 or book an appointment online to see one of our Copperas Cove eye doctors.

Want to Learn More? Read on!

How to Disinfect Glasses to Help Prevent COVID-19

Do Ocular Migraines Increase My Risk Of Stroke?

Yes. Studies have found that those who regularly experience ocular migraines — migraines with aura — are at roughly 3 times greater risk of suffering ischemic stroke, which is caused by a blood clot obstructing an artery in the brain.

What are the major differences between ocular migraine and signs of stroke?

Ocular migraines come on slowly and add to your vision first (you’ll see auras, flashing lights, etc.), while strokes come on quickly and initially take things away (loss of feeling in your face or ability to speak, etc).

You’ve likely experienced occasional visual “floaters” or flashes and may have wondered what they were and if they’re a cause for concern. They look like tiny lines, shapes, shadows, or specks that appear to be drifting in the visual field. More often than not, seeing floaters is a normal occurrence and does not indicate a problem with ocular or visual health. However, when floaters become more frequent and are accompanied by flashes of light, that can indicate a more serious problem.

Eye flashes resemble star-like specks or strands of light that either flash or flicker in one’s field of vision. They can either be a single burst in one visual zone, or can be several flashes throughout a wider area. Flashes can sometimes be missed as they most often appear in the side or peripheral vision.

If you suddenly, or with increasing frequency, experience flashes or floaters, call Cove Eyecare and schedule an eye exam with Dr. Micheline Young right away to rule out any serious eye conditions.

The vitreous in the eye is a clear gel that fills most of the eyeball and resembles raw egg-white. Within the vitreous are small lumps of protein that drift around and move with the motion of your eyes. When these tiny lumps of protein cast shadows on the retina — the light-sensitive lining at the back of the eye — the shadows appear as floaters.

As we age, the vitreous shrinks, creating more strands of protein. This is why the appearance of floaters may increase with time. Floaters tend to be more prevalent in nearsighted people and diabetics, and occur more frequently following cataract surgery or an eye injury.

If seeing floaters becomes bothersome, try moving your eyes up and down or side to side to gently relocate the floaters away from your visual field.

Flashes result from the retinal nerve cells being moved or tugged on. As the vitreous shrinks over time, it can tug at the retina, causing you to “see stars” or bursts of light. The process of the vitreous separating from the retina is called “posterior vitreous detachment” (PVD) and usually isn’t dangerous.

In about 16% of cases, PVD causes tiny tears in the retina that can lead to retinal detachment — a sight-threatening condition that causes irreversible blindness if left untreated.

Other possible causes of flashes are eye trauma or migraine headaches.

When To Call Your Optometrist About Floaters

If you experience any of the following symptoms, promptly make an appointment with an eye doctor near you for emergency eye care.

In many cases, seeing floaters is no cause for concern; however the above symptoms could indicate retinal detachment—which, if left untreated, could cause a permanent loss of sight or even blindness.

If the receptionists pick up the phone and hear the main concern is floaters or flashes, they will try to squeeze in the appointment within 24 hours. Expect the pupils to be dilated during your eye exam, so the eye doctor can get a really good look at the peripheral retina to diagnose or rule out a retinal tear or other serious condition, as opposed to a non-vision-threatening condition such as uncomplicated posterior vitreous detachment (quite common) or ocular migraine.

Please contact Cove Eyecare in Copperas Cove at 254-549-1142 with any further questions, or to schedule an eye doctor’s appointment. 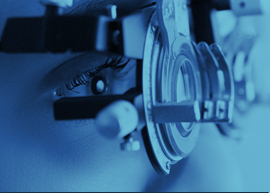 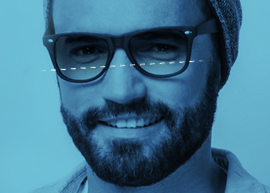 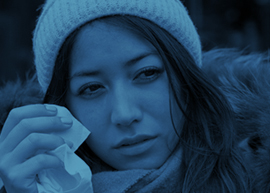